From 5 December 2020, SeaLink WA must maintain contact registers for WA Health Department COVID-19 contact tracing. Please download the SafeWA app from the Apple App Store or the Google Play Store before your departure. 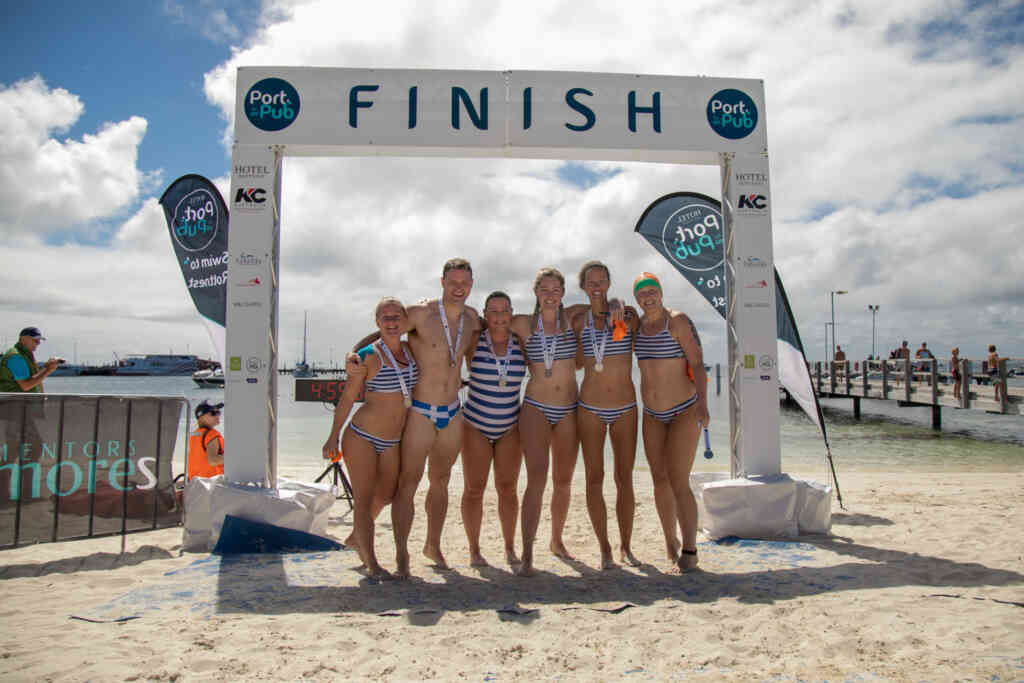 World-class, elite swimmers as well as general entries compete in the Channel 7 Port to Pub!

The Channel 7 Port to Pub swim with Hotel Rottnest is an open water swimming event in Perth, Western Australia, designed to cater for the increased demand for long distance swimming and the interest from local, interstate and international swimmers to cross the iconic Rottnest Channel.

The swim comprises two races over two distances from Leighton Beach to Rottnest Island - a direct crossing (19.7km) and a 25km ultra-marathon.

The swim is open to solos, duos, and teams of four and six. It begins at Leighton Beach outside Fremantle Surf Lifesaving Club and finishes at the Hotel Rottnest. The 25km ultra-marathon swim is open to qualified solo swimmers. It is the longest open water swim on offer in Australia, and one of the longest in the Southern Hemisphere.